A downloadable game for Windows, macOS, and Linux

Explore the mansion and gradually uncover its secrets in this short halloween-themed adventure game.

Bindings can be viewed in game through the pause menu. Custom control mapping not currently supported.

Most of the art (tilemap, sprites and more!) for this game is freely available for use in your own projects under CC0 and can be found here

Fonts used are Not Jam Serif 11 for area titles, and Not Jam Pixel 5 for descriptions. Both freely available under CC0 at the links provided.

Cover art is based on Origalde's gameboy cartridges from Blend Swap, animated using Blender and GIMP

Palette used is the wonderful Lospec GB by @skeddles

Hey there! I loved the assets, and when I saw that you had a game with them I had to try it out. It's great!

I liked it so much, I figured I'd try and use the assets to rebuild the game to play on an actual GameBoy! I expanded the game a bit, too - you can find my version, PsyKid, here.

Thanks so much! I love the game - it's a great expansion on the original, overjoyed to see it being reworked and iterated upon :)

The only thing I wasn't too fond of was the inability to get out of the elevator after getting in, I did check a few times just to see if elevators could go beyond their current floor , but ended being forced to go in the opposite direction and immediately return.

Thanks for playing! Your combination lock guesses made me laugh :)

Guessing the footage was recorded a little while back - I've patched the elevators to allow for exiting on the same floor and made jumping/dodging a little easier recently. Definitely should have added a run button as you suggest in the video though, would make backtracking much less frustrating.

Appreciate the video and the feedback!

This is really cool. It's great to see what you can make with a bit more time. I especially love the music - thanks for making it available - but the art is also great and I'm going to pick through those files now (thanks for making those available too!). The tiled background solution works really well.

• A couple of the elevator doors are buggy - I can walk behind the closed doors or exit without pressing E. Balcony 1F is particularly bad.

• If I go to Service Elevator 1F from the bathroom I walk behind the doors and then the game gets stuck (effectively frozen) as "E" doesn't work. I think I had to restart twice and then I just gave up on using that door altogether.

• The Exit To Menu option doesn't seem to work from the Esc menu.

• Pop up "J" on the first enemy because I read the game page when the game launched but only played it today so I had forgotten what the keys were and had to look it up (I only saw the controls listing in the menu later on).

• I'm not quite sure of what to suggest here but I was so bad at the jumping. I got a bit better when I figured out how the game wanted me to jump but it wasn't natural to how I was trying to jump. (I think it is that I'm trying to jump at 45 degrees, whereas the game sort of wants up(?), and the hit box is too big or the jump arc is too small or something so I end up jumping into enemies/missiles and getting stuck on pipes?)

Thanks so much for the detailed feedback - this is incredibly useful, I really appreciate it :)

With regards to bugs and your suggested improvements, I've hopefully got everything fixed in the new version:

Absolutely delighted by your comments on the music and art, really happy it's appreciated. Cheers again for taking the time to play and comment :)

• Service Elevator 1F is still broken (you walk behind the doors and then get stuck) if you come from the bathroom side. All the other elevators seem to be working properly now.

• Jumping is definitely better but I only discovered by accident this time, while trying to win the boss battle and constantly dying (again, haha), that if you long press the space bar you jump higher, so that partly explains why I struggled so much before - I tend to tap the key, not press it. Once I figured that out I had no problems with the boss battle and I assume I would find the glitch guy easier now too.

• The "J" looks like a light fitting or a pipe, rather than a letter, since you've primed people to understand that keys are in a box and pop up top right of Harold's head, so I don't know that all players will realise it's a hint for the attack key.

Thanks so much for playing again! I've released a new version to address the changes you've suggested:

Can't thank you enough for coming back to this to give more feedback! If there's ever anything you want playtesting please let me know, I'd love to repay the favour if I can :)

I'm playing through the ground floor, water, fireplace, back to the kitchen, basement run to the left, then back to the ground floor. Then I'm going up the left hand elevator (can't remember the name offhand), getting killed a bunch of times getting to the bedroom (usually by the glitch guy, though maybe not anymore since I finally realised how to jump properly), going through the bedroom to the bathroom, opening the locked door on the right, then walking behind the elevator and getting stuck.

Usually jumping isn't so sophisticated - it's a jump and maybe a double jump - so games that have a long press will train the player with an early obstacle (and possibly on-screen instruction text to go with it if it's that kind of game that introduces mechanics that way). I'm not sure what you could do here besides just listing it in the controls on the game page. If you make this into a longer game, or do something similar in the future, you could build an early obstacle into the game.

I'll definitely ask for feedback when I need it! I already appreciate all the support you've given my little games even though they're mainly jam experiments.

Thanks for playing! Flipping the crosses at the start made me laugh, and enjoyed the pro strats with the jump-attack during the final boss

Instigator is right - Harold doesn't care what the ghosts are up to, he just wants to start some shit :)

Happy we could make you laugh and yeah Harold  just goes in taking every ghost, ghoul or demon out.

hey! unfortunately i'm not getting any input from right side of the left stick, d, or the right arrow key on the Windows build

Reply
Not Jam90 days ago

Hi! Thanks for letting me know, that's really odd as it's working fine this end. Are all of the other keys working?

yeah they seem to be, which is why i'm confused. especially so since the first order of business is walking to the right lol. i'll boot it up again and keyboard smash a bit to see

No worries - just tested on a second computer and everything's working ok for me, definitely an odd issue somewhere! Let me know if you have any luck, happy to help troubleshoot if I can :) 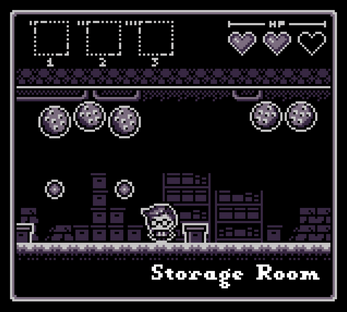 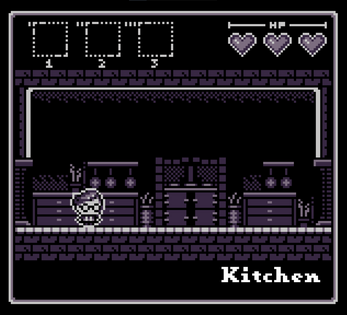 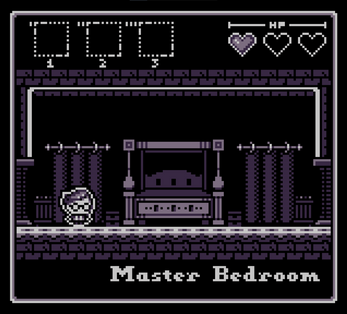